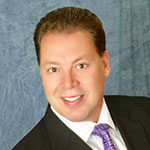 Speros is Chairman and CEO of Velocity Restaurant & Hospitality Group, LLC, a company comprised of Speros’s myriad of hospitality, real estate, technology and sports holdings.  He is the owner and founder of Velocity Wings, with seven locations in Northern Virginia and has also developed and opened Social House Kitchen and Tap, with locations in South Riding and Ashburn, Virginia

Speros began his career coaching with the Washington Redskins and the Buffalo Bills for five years. While with the Redskins, he was a member of the 1982 Super Bowl Champions and the 1983 NFC Champions.

From 1993 to 1997, Speros was the President and Owner of the Baltimore Stallions and the Montreal Alouettes of the Canadian Football League. During this time, in 1995 the Stallions became the only U.S. team to win the Grey Cup in the history of the 125-year old league.

Mr. Speros was honored by the Touchdown Club of Washington, DC, in 1995, as a Timmie Award winner as “Local Boy Makes Good”.  The Touchdown Club honor has become a family tradition as his father, Leo Speros, was honored as the DC Area Player of the Year at Wilson High School in 1949, while Jim’s brother, Pete Speros, was recognized in 1979 as the Prep School School Player of the Year  at St. John’s College High School.

Speros is a graduate of Clemson University where he played four years of football and was a member of the Tigers’ 1981 national championship team.