WASHINGTON, D.C. – The Military Bowl® presented by Northrop Grumman, benefiting the USO, today announced that its 2015 game will kick off on Monday, Dec. 28 at 2:30 p.m. ET at Navy-Marine Corps Memorial Stadium in Annapolis, Md. It will be televised nationally on ESPN.

The game once again will match a team from the Atlantic Coast Conference against an opponent from the American Athletic Conference. With the addition of the U.S. Naval Academy, The American now has 12 football members.

“Our first two games in Annapolis have been nothing short of sensational,” Military Bowl President & Executive Director Steve Beck said. “Our game has grown into a terrific event with plenty of activities for both those who live in the National Capital Region and fans of the teams who travel to attend the bowl. We look forward to working with all of our tremendous partners in the region to make this the best Military Bowl presented by Northrop Grumman yet.”

This past year, for the fifth consecutive bowl season, the Military Bowl provided more than $100,000 to the USO and thousands of complimentary tickets to troops and their families.

Virginia Tech defeated Cincinnati, 33-17, as the 2014 Military Bowl drew a capacity crowd of 34,277 to Navy-Marine Corps Memorial Stadium. According to figures compiled by the Annapolis & Anne Arundel County Conference and Visitors Bureau, the game generated more than $17 million in economic impact for the Annapolis-Washington market.

About the Military Bowl® presented by Northrop Grumman
The Military Bowl® presented by Northrop Grumman kicks off for the eighth time on Dec. 28 at 2:30 p.m. at Navy-Marine Corps Memorial Stadium, featuring a matchup between the Atlantic Coast Conference and the American Athletic Conference. Organized by the DC Bowl Committee, the Military Bowl serves as a premier regional event benefiting the USO and other organizations supporting members of the Armed Forces and their families. Since its inception in 2008, the Bowl has donated more than $500,000 to the USO and provided more than 25,000 complimentary tickets for troops and their families. For more information, please visit militarybowl.org.

About the USO
The USO lifts the spirits of America’s troops and their families millions of times each year at hundreds of places worldwide. We provide a touch of home through centers at airports and military bases in the U.S. and abroad, top quality entertainment and innovative programs and services. We also provide critical support to those who need us most, including forward-deployed troops, military families, wounded warriors, troops in transition and families of the fallen. The USO is a private, non-profit organization, not a government agency. Our programs and services are made possible by the American people, support of our corporate partners and the dedication of our volunteers and staff. 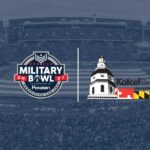 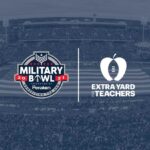