For more than 70 years, the USO has been the way for the American people 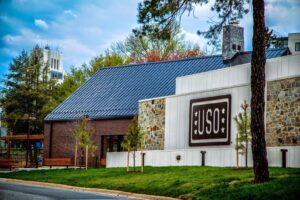 to say thank you to our nation’s service men and women and their families.

The USO (United Service Organizations) lifts the spirits of America’s troops and their families millions of times each year at hundreds of places worldwide, by providing a touch of home through centers at airports and military bases in the U.S. and abroad, top quality entertainment, and innovative programs and services. The organization also supports those who need the USO most, including forward-deployed troops, military families, wounded warriors and their families, and the families of the fallen.

The USO, a private nonprofit organization, could not do what it does without the generosity of individuals and corporations.

To learn more about the USO, please visit www.uso.org.

About USO of Metropolitan Washington-Baltimore

Dedicated to “serving those who serve, and their families” in Washington D.C., Maryland and Northern 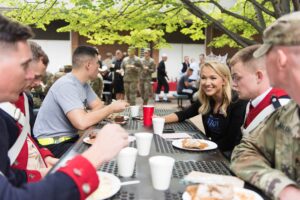 Virginia, USO of Metropolitan Washington-Baltimore (USO-Metro) is a nonprofit 501(c)(3) organization chartered by Congress and trusted by the community since 1941. USO-Metro holds the highest rating on Charity Navigator for outperforming most charities in its cause and exceeding industry standards. As a non-government-funded organization, it is only through the generous financial, in-kind and volunteer support of individuals and corporate partners that USO-Metro is able to succeed in its mission: to strengthen America’s military service members by keeping them connected to family, home and country, throughout their service to the nation. USO-Metro constantly adapts its programs and services at area military hospitals, through its Mobile USO, five USO Centers and four USO airport lounges to meet the needs of our military. Designate CFC #63343 or United Way National Capital Area #8202 to contribute. For more information or to get involved, please visit usometro.org or connect online @USOMetroDC. 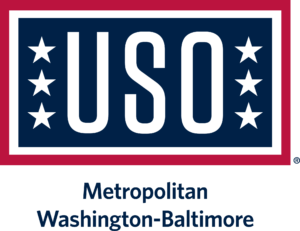