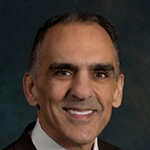 A senior level sports and entertainment executive, Tatoian has over 25 years of experience in professional sports/entertainment management and has successfully managed over one billion dollars in sports teams, facilities and properties.

Tatoian joined the organization in January 2007 as Executive Vice President. He is responsible for all facets of the organization, which are primarily focused around two international NASCAR race weekends, Firefly Music Festival, and other special events held at the facility. During his tenure he also oversaw track facility sales, marketing and operations in Memphis and Nashville, TN and in St. Louis, MO.

Dover, Del. takes on a carnival-like atmosphere as the most popular names in NASCAR’s premiere series come to Dover International Speedway (85,000 capacity), affectionately known as the “Monster Mile.” The venue plays host to the largest sporting events in the Mid-Atlantic region and is known as the fastest one-mile oval in the world.

Held on the speedway’s property since 2012, Firefly Music Festival is a four day music festival attracting 80,000 fans per day and in seven years has become one of the fastest growing, most successful music festivals of all time according to Rolling Stone magazine. Fans from all 50 states and 26 foreign countries with nearly 65,000 of the attendees camping on the speedway grounds – currently makes it the largest camping music festival in the country.

Prior to joining Dover Motorsports, Inc., Tatoian was Chief Executive Officer of Victory Sports Group and prior to that he served as Chief Operating Officer of United Sports Ventures. He played a pivotal role in both company’s growth and success. Each company developed, owned and operated minor league baseball, hockey and arena football teams. Many of his teams received national awards for operating excellence; many were sold for a record amount at that time, in addition to winning eleven championships in three separate sports. He was also instrumental in the construction and design of award winning state-of-the-art stadiums during that same time.

Recently, Tatoian was instrumental in creating, developing and the building of the International Mascot Hall of Fame located in Whiting, Indiana that opened in December 2018. Using exhibit, attraction and design company, Jack Rouse and Associates, the 25,000 square foot is an interactive museum focused on science, technology, engineering and math. The facility features a select group of currently inducted mascots from the professional and collegiate sports industry.

Tatoian currently serves at the Chairman of the Advisory Council for USO Delaware. Among the many responsibilities carried out on Dover Air Force Base (DAFB) and the Delaware National Guard headquarters, USO Delaware has the honor and responsibility of taking part of bringing home fallen heroes to the United States Department of Defense’s only port mortuary.

Active with the United States Air Force, along with 29 individuals from around the country, Tatoian currently serves on the United States Air Force Civic Leader Program which is assembled by the Secretary of the Air Force (Heather Wilson) and the Chief of Staff of the Air Force (General David Goldfein). Tatoian participated numerous times as an Honorary Commander at DAFB and is currently a member of the program’s alumni association.

He attended the prestigious National Security Forum – Air War College at Maxwell Air Force Base in AL in 2014. He was also nominated for the Fisher House Distinguished Civilian Humanitarian Service Award. This national award recognizes an individual who has contributed extensively to the support and welfare of members of the U.S. Armed Forces and their families.

Tatoian serves on the National Board of Advisors for the Devos Sport Business Management Program at the University of Central Florida. Globally ranked as one of the top five sport business management programs, the prestigious undergraduate and graduate program is led by Dr. Richard Lapchick. Lapchick is a human rights activist, pioneer for racial equality, internationally recognized expert on sports issues, scholar and author and is often described as “the racial conscience of sport. Tatoian has served on the board for the past five years.

He also serves as an Advisory Board Member assisting in designing and growing the Turnstone Paralympic Training Site in Fort Wayne, IN. This Paralympic site is officially recognized by the United States Olympic and Paralympic Committee.