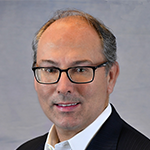 Mr. Holub is a Principal for International Business Development at L3Harris Technologies and has previously worked with Raytheon Technologies and L3 Technologies in similar capacities. Prior to joining private industry he served twenty-seven years in the US Navy. During his time in the Navy, Mr. Holub had the honor of leading Sailors in various leadership capacities, but the highlight was leading the two-hundred plus Sailors when he commanded the frigate USS McInerney (FFG 8) from 2006-2007. His other at-sea tours included USS Missouri (BB 63) during Operation Desert Shield/Desert Storm, USS Philippine Sea (CG 58), USS Cimarron (AO 177), Destroyer Squadron Thirty-One, and USS Roosevelt (DDG 80). His ashore assignments included two tours at the US Naval Forces Europe headquarters in London, Branch Head for Future Ships in the Surface Warfare Directorate on the Navy Staff, and his final tour in the Navy was as the Director for Security Cooperation in the Navy International Programs Office where he learned about the defense industry and international business which provided the foundation for his current position with L3Harris.

Mr. Holub graduated from the Georgia Institute of Technology in 1987 with a Bachelor of Industrial Engineering degree while receiving his commission as an Ensign in the United States Navy through the Navy Reserve Officer Training Corps (NROTC) program. Mr. Holub also received a Master of Business Administration degree from Boston University  and a Master of Arts degree in National Security and Strategic Studies from the Naval War College.